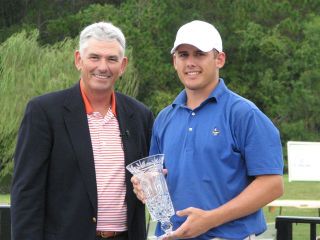 The tournament came down to the final hole at St. John’s Golf Club, a tight par-4 in which both golfers elected to hit driver off the tee. The tactic was successful for Evelyn, who made birdie, but disastrous for Reed, a high school senior from Baton Rouge, who made double bogey and ended up two strokes from the lead.

Evelyn finished at 5-under-par 205 at St. John’s Golf Club, two strokes better than Reed who closed with the tournament’s best round, 4-under 66.